The Western Wall in Jerusalem or Wailing Wall (in Hebrew HaKotel HaMa’aravi) is the Second Temple’s remnant destroyed by the Romans in the 70 CE. It is 20 meters high, and it spreads over 50 meters. 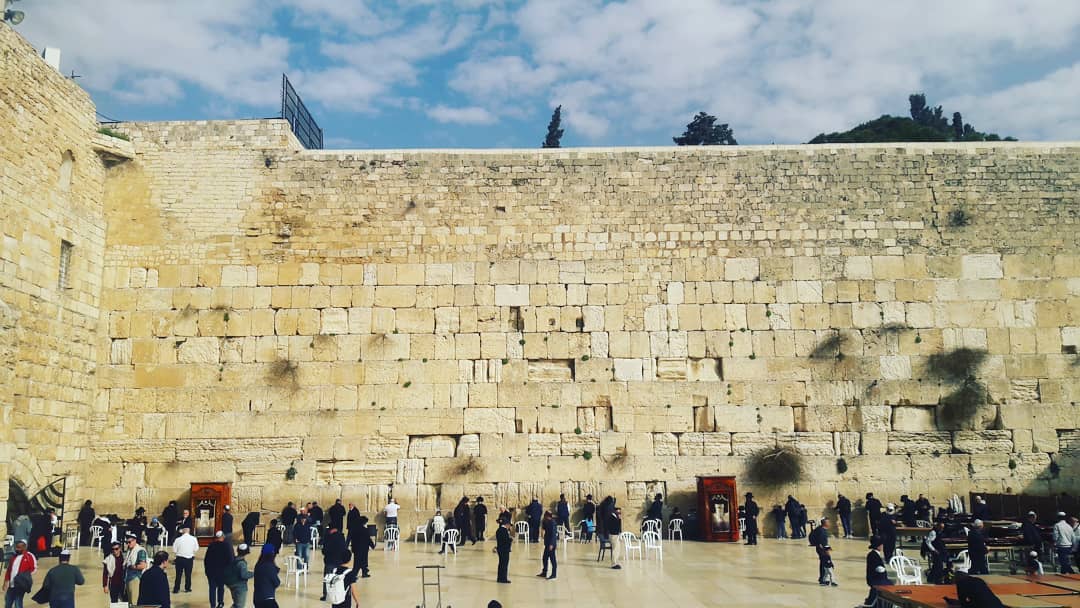 The Destruction Of The Temple

The Temple was built on the highest point of the Mount Moriah in the first century BCE under King Herod. And it would be made by the priests in a few years. The original project contemplated Temple Mount’s construction with an extension of almost 488 meters in width and 275 meters in wideness. Being the highness of the structure approximately 30 meters and surrounded by substantial walls. In the 70 CE the Roman legions wrecked the Temple and what remains today is the Kotel. The Western Wall in Jerusalem is a 488 meters wall situated on the Temple Mount’s western side.

The Western Wall In Jerusalem As Spiritual Centre

Since two thousand years, the Western Wall is the spiritual centre of the Jewish world. Hence, in this unique place, the First and the Second Temple were located. The Kotel is visited every year by a thousand visitors of all faiths. A tunnel connects the Kotel to the North area where the Holy of Holies (Kodesh Hakodashim) was located, the place where there was the Tabernacle. The Holy of Holies was the holiest place for the Jews besides the most central part of the Temple, where only the Cohen Gadol could have access during Yom Kippur festival.

Historical Records Of The Wailing Wall

Starting from 1500 the Ottoman empire conquered Israel’s land, welcoming all the Jews expelled from Spain in 1492. Hence, in this period, it took place the construction of a wall surrounding Jerusalem’s Old City. When the British Empire took control of the area in 1917, Jews were still allowed to pray at the Kotel. Nevertheless, during the Israeli Arab war, all the area around the Wailing Wall was conquered by the Jordan Arab legion, who did not allow the Jews to access the Kotel. After two thousand years, only after the six days war, Israel regained the Wailing Wall’s possession, building a big square in the area in front of the Kotel. Today the Kotel is one of the most visited places globally, with millions of visitors from all over the world.

The City Of Caesarea