General knowledge of the Israeli Wildlife

The Israeli wildlife includes the flora and fauna of Israel, which is very differentiated due to the different locations in Israel, temperate and tropical zones, extending from the Mediterranean Sea in the west and the desert in the east. Unfortunately species such as the Syrian brown bear and the Arabian ostrich are extinct in Israel due to the hunting and loss of habitat. In 2007, in Israel 190 natural reserves have been established. 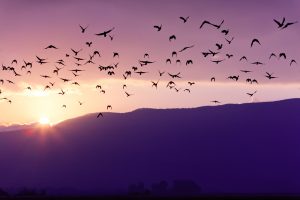 Among the fauna present in Israel, there is a large variety of mammals because of the geographical and climatic diversity, in fact the species from the Palearctic belong to the territories which stop at the deserts and those from the African deserts usually stop at the Mediterranean coasts. Most of the mammals are endemic to Israel; in the past centuries Israel was hosting a large variety of mammals, among them the European water vole, the cheetah and the Caucasian squirrels are extinct, nowadays many mammals like the Arabian leopard and the sand cat risk the extinction with a total of 57 species among the total 104 species of mammals present in Israel. The largest living predator in Israel is the Arabian leopard that is risking the extinction, moreover there are over 33 species of bats in Israel, most of them are insect eaters. 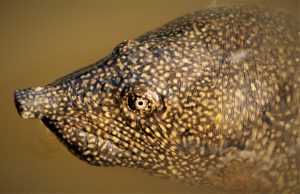 From the beginning of the 20th century, some animals like the white oryx, the Syrian brown bear, the Asiatic lions, the Asiatic cheetah, and the Nile crocodile became extinct in the region. Rapid urbanization as well as over-forestation, planting many dense eucalyptus and pine forests, have caused the destruction of many natural habitats, drying the swamps including the Hula lake which caused the local extinction of the European water vole and jungle cat. The use of DDT and other chemicals damaged birds of prey and bat populations, in particular the Microchiroptera bats were killed by human made lighting in the caves. Some mammals like the Persian fallow deer and the roe deer have been reintroduced. 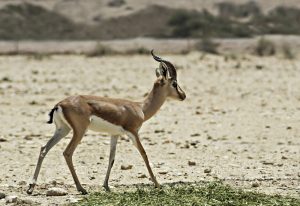 In Israel there are almost 100 species of reptiles, of which a third is in the northern regions of the country. Among the reptiles which have been extinct there are the Nile crocodile, the European pond turtle and the Levant viper.

The eastern spadefoot toad, also called Syrian spadefoot toad, is critically endangered and lives in the Israeli coastal plains, north of Holon and Ashdod; the total number is a few hundred of adult toads due to the splitting of habitats, hence the spadefoot is a protected species by law.

The banded newt lives in the northern area of Israel, mostly between the Galilee area in vernal pools and the coastal shores near Ashkelon; they are active only in the summer nights. Even the banded newt is a protected species.

The Fire salamanders are located close to the Mediterranean shores and are the least widespread of the amphibians of Israel; these salamanders have three distinct populations in Tel Dan, Mount Carmel and the Galilee, and they are a protected species.

The Marsh frogs live only near stable water pools or winter pools in the Israeli northern and central regions, and they are active in the summer and in the winter mostly during the night.

The Hula painted frog is found only in the Hula Valley and is endemic to the lake that was filling the valley, that was drained in the 1950s to eliminate malaria and create more farmland, provoking the destruction of a unique ecosystem. The Hula painted frog reappeared again in 2011 but it is a critically endangered frog.

The most abundant amphibian is the Hyla Savignyi which reside in the Northern Negev and with a population of a few thousands of exemplars.

In the Mediterranean there are 410 species of fish and in the Red Sea there are totally 1,270, with a total number of 1728. Among the endangered species there are the Nemacheilus dori and the Acanthobrama telavivensis in the Yarkon River. The saline wetland Einot Zukim in the north of the Dead Sea, is the only known place in the world where blue and Dead Sea killifish, the Nevit Hula and the Nevit Yam Hamelak, live together. 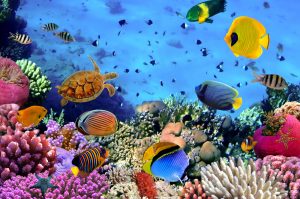 Almost 500 million birds from 500 species pass through Israel during the bi-annual migration season, from Europe and West Asia to Africa in the winter, and back in the spring. Tens of thousands of cranes migrating from Finland to Ethiopia station every winter. Even the number of raptors has decreased due to the massive poisoning of some prey. After the Israel’s International Centre for the Study of Bird Migration Israel has one of the highest concentrations of bird traffic in the world per square mile.
The North African ostrich has been reintroduced in Israel in the reserves of the Negev desert. 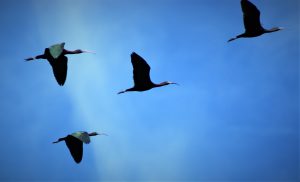 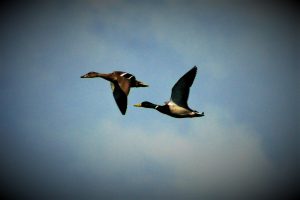 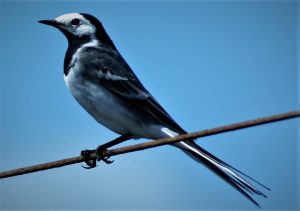 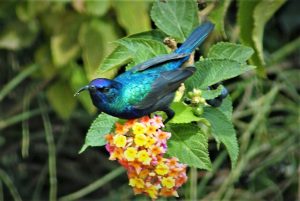 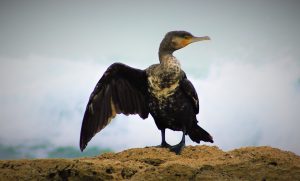 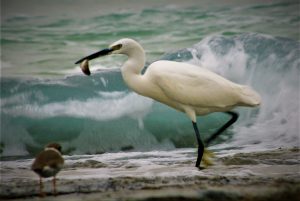 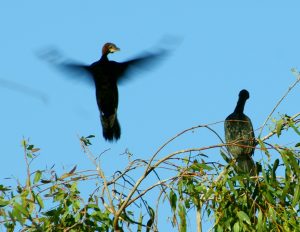 There are 2,867 species of plants in Israel, among them at least 253 species are introduced, the coastal plain and the Sharon regions are rich of endemic species. The Galilee fumitory is a rare flower with bright pink blossoms and an elongated bulge that collects nectar and attracts wild bees.