A very typical Israeli food always present in the Israeli meals is the Israeli salad also known as Arab salad, that is a chopped salad of diced tomatoes, onions, cucumbers and bells or chili peppers. It is the most popular Israeli national food all over the year, featured by the small dices of tomatoes and cucumbers, served as part of the Israeli breakfast as well as during the other daily meals. In Israel it has different names such as salat yerakot, salat katzutz and salat aravi. In the traditional recipe the main ingredients are chopped raw tomatoes, onions, not peeled cucumbers, peppers, carrots, scallion, leafy greens and parsley, usually seasoned with lemon juice, olive oil, za’atar, yogurt, sumac and tahini.

The main is to chop finely and almost perfectly the vegetables that have to be fresh. It can be served as an independent side dish, as an accompaniment to main dishes, or stuffed in a pita with falafel or shawarma. It is also part of the traditional Israeli breakfast, that is mainly a dairy meal served with cheeses, eggs, fishes like herrings, sardines or salmon, hummus, tehina, halloumi, ful medames, baba ghanoush and the strained yogurt called labaneh.

Variations come from different Jewish communities such as the Jews from India who add finely chopped ginger and green chili peppers, North African Jews usually add preserved lemon peel and cayenne pepper, and Bukharan Jews chop the vegetables extremely finely and use vinegar, without oil, in the dressing.

Some believe that the recipe come from Russia since there are similar chopped vegetable salads in Russia before the foundation of the State of Israel, other similar chopped salads are found in the Middle East like the Persian Shirazi salad, which includes mint, diced onions, and peeled cucumbers, the Turkish Choban salad, the Indian Kachumber salad, the Pico de Gallo salad from Mexico and other salads typical of the other eastern Mediterranean area in Turkey, Lebanon, Egypt.

The Shirazi salad or salad Shirazi is a popular tradition Persian salad, which finds its origin in Shiraz in the Southern Iran. The main ingredients are cucumber, tomato, onion and lemon juice, although lime juice or verjuice, that is a highly acidic juice made by pressing unripe grapes, crab-apples or other sour fruit. In Iran, it’s a common side dish served alone before and after the meals or alongside meat-based foods such as kebab or steaks. Sometimes it can be served with rise. The primary ingredients of Shirazi salad are small, finely-diced cucumbers, tomatoes and onions mixed together with fresh lemon or lime juice and dried mint. Sometimes the dressing can be made of olive oil, salt, pepper, chopped mint, parsley, scallions, dill, sumac, red vinegar, and unripe grape juice, with a characteristic sour and salty flavor. It can be served with bread such as pita and lavash, and sometimes with cheese and walnuts. And since Israel is not a big country usually the vegetables like cucumbers, tomatoes and avocados usually don’t stay in the refrigerator but they come fresh from the Israeli farms and kibbutz minutes away, and everything comes from the Land so there are not importations of vegetables and so it is possible to find good tomatoes all over the year in Israel as well as eggplants, cucumbers and avocados.

Another popular salad in Israel is the Israeli eggplant salad made with grilled eggplants mixed with flour, boiled eggs, salt, chopped fried onions and olive oil, served with olive oil on the top.

The Sabich salad is an original Israeli salad, that is a rural variation of the Israeli dish Sabich but served as a salad, since the Sabich is an Jewish Iraqi and Israeli sandwich, consisting of pita stuffed with fried eggplant and hard boiled eggs. It is made mixing all together eggplants, hard boiled eggs, tahini, Israeli salad, potato, parsley and amba, which is a tangy mango pickle condiment popular in Middle Eastern cuisine. Usually the Sabich salad is seasoned with sumac and za’atar spices.

The Avocado salad is a rural Israeli avocado salad, that is prepared mainly with lemon juice, chopped scallion, salt and black pepper besides the avocado. Another variation of this salad is adding cumin before lemon juice, and feta cheese or safed cheese. 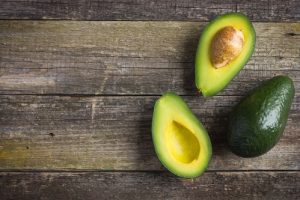 Other typical salads are the carrot salad, which is made with carrots, raisins, orange juice and sugar, and the green pepper salad, which is a Romanian and Middle Eastern salad, where the Israeli green peppers, well known for their sweetness, are mixed with olive oil, garlic, salt and peppers.

Nowadays there is an international version of the Israeli salad, that is the vegetable salad, where lettuce, cabbage, tomatoes, cucumbers, carrots, radishes, onion, hard boiled eggs and parsley are mixed all together with lemon juice and olive oil.

The Old Jerusalem – Informations with photos and videos