Israel is well known for its large production of exquisite wine, with an income over 27 million dollars. The Israeli wine industry was founded by Baron Edmond James de Rothschild, owner of the Bordeaux estate Château Lafite-Rothschild. The Israeli wineries are in Galilee and Golan Height because of the high elevation and particular cool weather, the Judean Hills around Jerusalem, the Shimshon region between the Judean Hills and the Coastal Plain, the Negev desert region, and the Sharon plain close to the Mediterranean coast and south of Haifa. In particular the Sharon plain represents the largest area of Israel that is devoted to the grape cultivation, and the cities involved in this trade are Zichron Ya’akov and Binyamina.

The Israeli viniculture which sinks its roots in the most remote past at the biblical times dating to the Talmudic period 100-400 CE. A historical trading route has been the one between Mesopotamia and Egypt and in Roman times, the Israeli wine was exported to Rome. Due to the diaspora the wine industry disappeared but later in the 19th century the Mikveh Israel, the first Jewish agricultural college, has been founded and in the same century Baron Edmond de Rothschild, owner of the Bordeaux estate Château Lafite-Rothschild, imported French grape and he founded the Carmel Winery that is still the largest Israeli producer of wine.  In the 20th century the first wine shop of Israel, the Margalit Winery, has been founded. And later the the Golan Heights and Domaine du Castel wineries won awards in international competitions.

Actually the total number of Israeli wineries is 250 and the main wineries are Carmel Winery, Barkan Wine Cellars and Golan Heights. The most successful exportation is to United States. The Israeli wineries are situated in different regions, the Golan Heights, the Upper Galilee and Lower Galilee, the Judean Hills, the Samson region, the Negev region, and the Shomron region, but most of the wineries are located in the Shomron, Samson and Galilee regions; the Israeli highest vineyards is in the Golan territory at 1200 meters. During the 19th century most of the grape was imported from France, like Cabernet Sauvignon, Chardonnay, Merlot and Sauvignon blanc. Today the other new varieties are Cabernet Franc, Gewurztraminer, Muscat Canelli, Riesling, Syrah, Emerald Riesling, Muscat of Alexandria and the crossing Argaman. The most important wineries of Israel are Carmel, Barkan, Golan Heights, Teperberg 1870, Binyamina Wine Cellar, Galil Mountain, Tishbi Winery, Tabor, Recanati and Dalton Winery. Most of the Israeli wineries are open to the wine tourism, wineries such as Carmel-Mizrahi, the Golan Heights and Binyamina are destination of the wine-routes, with a total number of tourists greater than 100,000 especially in the Carmel winery in Rishon LeZion and Zichron Ya’akov, the Golan Heights Winery and In Binyamina Wineries. The Golan Heights Winery produces three types of wine: “Yarden”, “Gamla” and “Golan”. The Yarden wine is considered the most notable one. The most renowned red wine are the Cabernet Sauvignon, the Merlot. The most illustrious white wines are the Chardonnay, the Sauvignon Blanc and the Emerald Riesling. The Carmel-Mizrahi Winery produces more than 13 million bottles every year, and the most exquisite wines are Cabernet Sauvignons, Merlot, Sauvignon Blancs, Chardonnay and Emerald Rieslings. Another prestigious wineries are the Segal Wineries where the three most important typologies of wines are “Ben Ami”, “The Wine of Segal” and “Mediterranean Series”. Barkan Wineries are the second largest wineries of Israel and their best wine is the semi dry Emerald Riesling, the Sauvignon Blanc, Chardonnay, Merlot and Cabernet Sauvignon. The Baron Wineries, that are known with the name Tishby Winery, produce three typologies of wine the “Tishby Reserved”, “The Cellar of Tishby” and the “Baron”. Its white wines are Sauvignon Blanc, Chardonnay, Emerald Riesling, Cabernet Sauvignons, Merlots and “Brut”. The Dalton Wineries are new wineries that produce different types such as Cabernet Sauvignon, Merlot, Chardonnay and Sauvignon Blanc and the Sauvignon Fumé. Most of the grape varieties come from abroad but there is an indigenous local wine that is the “Argaman” a red wine variety developed in Israel. 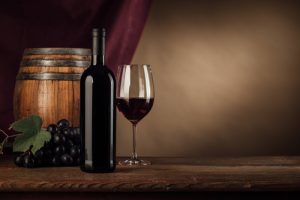 In the religious world the wine is divided in two categories: the Kosher and the non-Kosher wine. A wine is kosher mainly if it is produced in a Shabbat observing winery. More than 90% of the Israeli wine is kosher because the largest wineries produce only kosher wines. The word Kosher means pure and in the ancient times the observant Jews in order to avoid drinking “Yayin Nesech”, that was a wine used by non-Jews to make libations for idol worship and “Stam Yayin” ordinary wine made by and for non-Jews. So a wine to be certified kosher must belong to a winery that follows strinct rules where only religious Jews can handle the product and touch the equipment needed to produce the wine. And only kosher items or ingredients can be used in the process, avoiding the products derived from animals, allowing the consumption of the wine even to vegetarians and vegans.